The Man Behind The Wall / Banksy Book Review 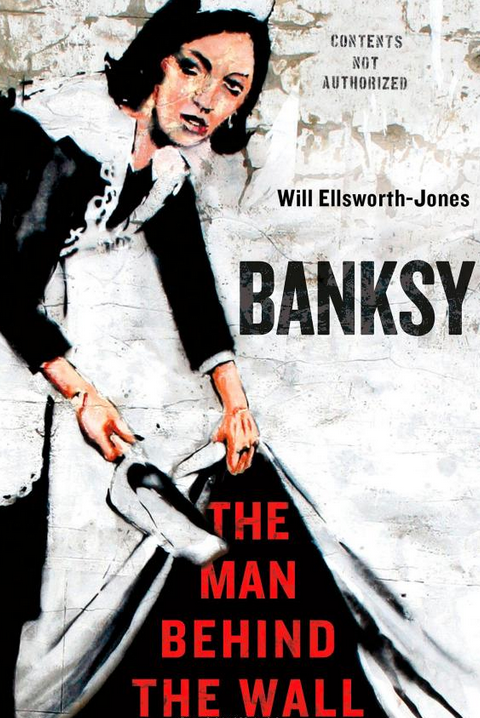 The artist known as Banksy works as much in irony as he does in spray paint, and his often playful, occasionally political stencils adorn city streets around the world. A classic Banksy original features a scene from Quentin Tarantino’s “Pulp Fiction” – except that Samuel L. Jackson and John Travolta are aiming bananas instead of guns.

His paintings and hijinks have made him one of the most famous artists in the world, but he and his handlers have worked hard to keep his identity a closely guarded secret. A statement posted on his website reads, “I am unable to comment on who may or may not be Banksy, but anyone described as being ‘good at drawing’ doesn’t sound like Banksy to me.” When his documentary film “Exit Through the Gift Shop” earned an Oscar nomination, the artist even speculated that he might attend the awards ceremony incognito.

Given Banksy’s well-tended anonymity, it seems as though Will Ellsworth-Jones is also working in the medium of irony with his new biography, “Banksy: The Man Behind the Wall.” After all, what can you say about a person who has worked studiously to remain unknown?

Quite a lot, actually. Ellsworth-Jones sheds a great deal of light on Banksy’s persona without getting bogged down in speculation about his identity. Ellsworth-Jones is a journalist, not an art critic, a detail that shows in his flat descriptions of Banksy’s wall work. But while the writer often fails to plumb the depths of context and symbolism in Banksy’s work, he succeeds admirably in his description of the artist’s strange, incongruous trip from Bristol’s street art scene to world fame.

The key to the book’s success is Ellsworth-Jones’ decision to focus as much on Banksy, the brand, as Banksy, the man. Like many famous artists, Banksy’s work fetches handsome sums, yet some of his urban creations still get painted over by graffiti abatement teams. The secretive artist claims his work is subversive, but it now graces the walls of the rich and famous. Some hail his stencils as the thinking man’s street art, but British satirist Charlie Brooker famously wrote, “it (only) looks dazzlingly clever to idiots.” Exploring such contradictions is at least as interesting as Banksy’s painted work, and fortunately, they make up the meat of Ellsworth-Jones’ well-reported book.

Of course, the book is not totally free from some maddening contradictions itself. Ellsworth-Jones wrote more than 300 pages about Banksy, but he never managed to interview his subject, relying instead on previously published material. Ellsworth-Jones also sometimes seems to go out of his way not to unmask Banksy, including by refusing to share the artist’s alleged name, as published in a 2008 article in Britain’s Daily Mail.

But from Deep Throat to the Wizard of Oz, history and literature have showed us that uncovering the identity of a figure cloaked in secrecy is rarely as satisfying as the secret itself. “The Man Behind the Wall” is not supposed to be a book about who Banksy is – it’s about what he is and what his iconic status says about culture. So much the better.

via BANKSY – THE PARADIGM GROUP.

2 thoughts on “The Man Behind The Wall / Banksy Book Review”