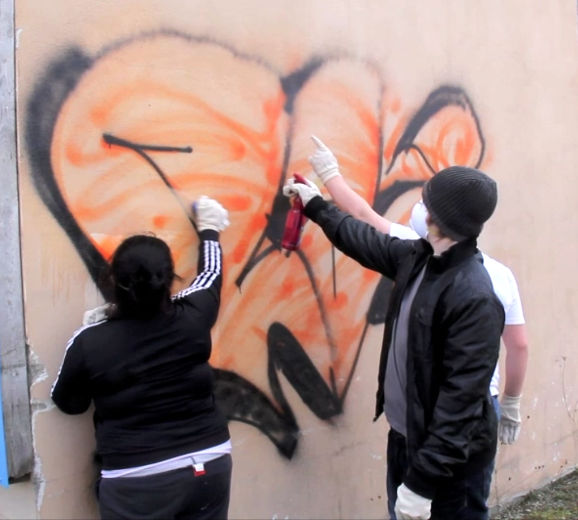 Calling all artists…spray paint artists, that is.

Now is your chance to step up to the plate and show your stuff.

No, not on mailboxes, power boxes or waste collection bins.

This is your opportunity to give your input at a community committee level and lobby for a graffiti wall – or building – in Sault Ste. Marie.

Just imagine a place where you can shake your can of paint, design and paint freely in public, during daytime hours where the light is better and others can watch in awe as you create your masterpiece.

It’s been done in other cities – St. Catharines, Waterloo, Toronto and even New York. So why not Sault Ste. Marie?

Earlier this fall, St. Catharines held a graffiti jam in a laneway commonly known for its graffiti. But this time, vandalism and mischief were converted into wall art as about 50 artists gathered with an array of colours and created a wall mural. The project turned an unwanted graffiti-hotspot to an area icon. And in doing so, money was raised for charity.

Sure, the event took some planning, preparation and leadership but this is the kind of event where youth will get engaged and step up to the challenge.

Remember what they did to raise money for the skatepark they desperately wanted?

Graffiti has been around since the beginning of time, dating back to Ancient Egypt, Greece and the Roman Empire.

The word itself is defined as writing or drawings that have been scribbled, scratched or sprayed illicitly on a wall or other surface in a public place (Wikipedia).

But graffiti, to an artist, can be more. It can be a colourful wall painting – an extended canvas – that tells a story and doesn’t desecrate an area, but instead beautifies it.

City council and the planning department are in the early stages of embarking upon a second phase of downtown revitalization. This project can be incorporated in that process.

There are laneways connecting Queen Street and Albert Street parking lots that can be considered, sides of buildings on Gore Street that could use a coat of fresh paint or even the transformation of an empty building into a graffiti showplace.

Perhaps the laneway can highlight some of the exciting history of Sault Ste. Marie or the transformation of the downtown area itself.

There are other opportunities that can brighten Gore Street and be used as a relatively inexpensive way to revitalize that area of the community.

Councillors themselves agree they don’t know what the solution is – but they want to find a made-in-Sault Ste. Marie solution that will rid of the “ugly” graffiti found on city streets.

The shouldn’t dismiss this idea.

They should make sure they put out a call for young people who have an interest in graffiti art, empower them and get them involved in the process.

After all, Mayor Debbie Amaroso campaigned on the Your City, Your Say platform. Council has adopted it. Let’s use it.